So my dear sweet boy is moving in with his girlfriend (YAY... and grandkids on the way soon i hope!... wink-wink!) and my DH is helping him fix up the bathroom, paint the walls etc. and to keep their motivation going and energy high, I fixed them this delicious cake. 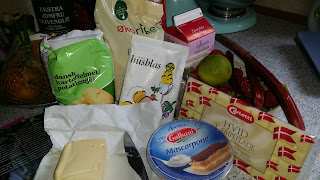 1. Bottom layer:
Melt the butter in a saucepan and add the biscuits, crumbled to crumbs. Mix well until smooth and buttery! Press the mixture down in your baking form and put it in the fridge. 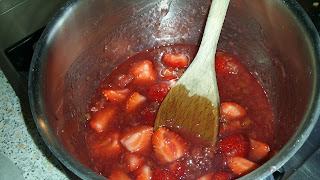 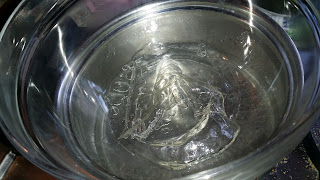 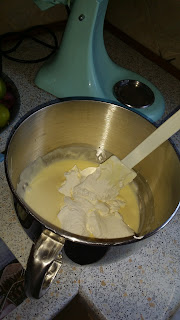 4. Pour the cheesy mixture over the bottom layer and afterwards the rhubarb/strawberry compote.
Chill in the fridge for at least 3 hours! 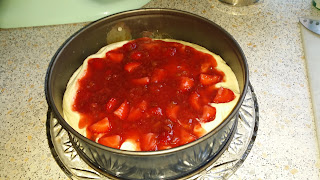 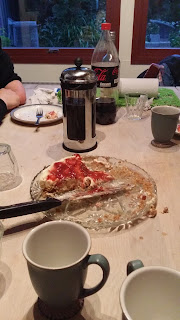 Favorites from Violeta - by Mango

Sometimes the downside to being curvacious is alot of my favorite designers don't have clothes in my size - howerver I'm so happy to see that Mango is not one of them!

And it's becoming increasingly popular to have sizes past 14/16 - which is about DAMN TIME!
(sorry for the swearing...)

My favorites from Violeta - by Mango for spring:

This past March my parents moved back home to Denmark (YAY) and with them they brought 8 years of gathered stuff from England... ok..ok, some of the things were from before they left too, but they certainly had aquired quite a bit of new things as well!
They also had 2 storage rooms filled before they left 8 years ago - and now had to fill their new home with furniture and memories from all 3 places... YIKES!

And my dear mum is a classic collector - ie. she keeps anything anyone ever gives her or which she has bought as a bargain.
(I've inherited this trait as well to my husbands dismay)


Hey! You never know when you might need that "thingamabob"-

but be sure if you throw it out, you'll need it the very next day!!! 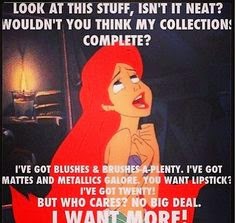 But being inspired by my moms predicament of decidning what should stay, what should be given to charity or sold and what should be thrown (ARGH!!!) out - I decided to start planning our own decluttering
(yes plan... not do... not yet.... hehe - don't judge... saying goodbye takes time....)

Anyway I read a great article about Marie Kondo's book: TheLife-Changing magic of Tidying up
and this is definitely on my reading list this spring! Her basic premise on decluttering is that you should only keep something if it gives you pleasure.

She has two key points in sorting your things:

1. Keep what you love.
If something sparks a sense of joy when you handle it - keep it! But be tough! Not everything makes you happy... (apparently she's never seen MY things....)

2. Sort by type, not room.
Instead of cleaning by room/space, for example: your closet - she suggests handling all the same type, for example: clothing - in one sitting. Because you are likely to have the same type more then one place in the house. (ok here I have to giver her props... that's a new approach for me)

Almost seems too easy - but according to Kondo, what makes the method more difficult is the fact that many of us imbue our things with emotions. We hang on to things we don’t like because they were gifts; we allow books and papers to pile up in anticipation of reading them later; we refuse to let go of regrettable purchases because of the money we spent on them.

The purpose of the KonMari Method is to sharpen the sense of judgment of what items are important to oneself,


This is where the difficult part comes in, and Kondo has a simple remedy. In the words of Queen Elsa in Frozen, “Let it go.”

I know which one i prefer!!!

Yummy in my tummy Blueberry muffins!

I love muffins - in all flavours, but one of my favorites is Blueberry.... *drool*

This is the easiest and most healthy recipe I know and here you go:

75 g Sukin Gold or any other sweetner. This is my prefered tho...

Mix everything together. Let the batter rest for 10 min. To allow the psyllium husks to soak up some of the liquids.
Add the filling. Pour into muffin cups and bake for 20 min. at 200 degrees (celcius.... hehe).

Spring has really hit my mood; in gardening, cooking and yes even my wardrobe!  and I'm very happy to see flowery and bohemian patterns are trending this year! I've always had a casual, bohemian style (or well... that was what I was going for anyway...) and since I discovered Ebay
- I'm finding good deals left and right!! 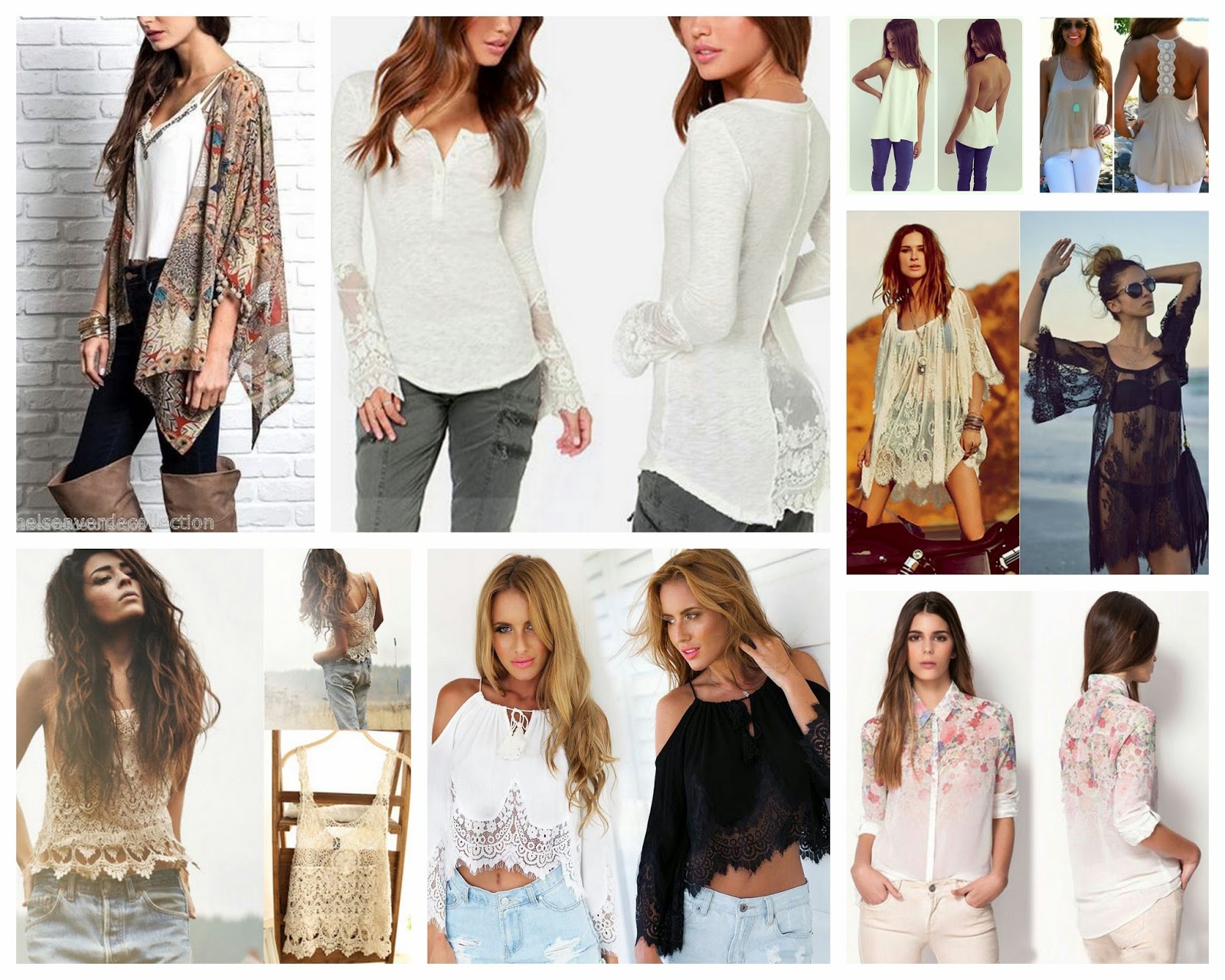 Ostara comes from the name Eostre - a germanic goddess of spring! 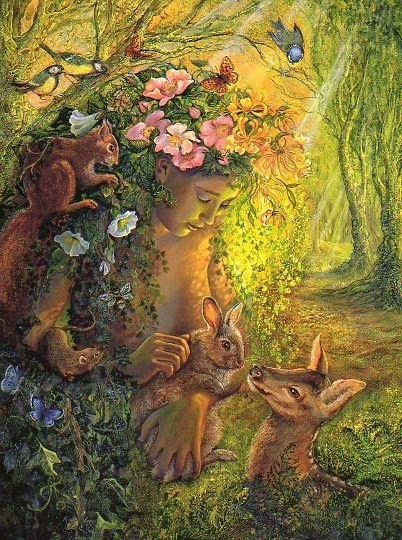 Every religion celebrates the season of spring starting -  "Ostara//Easter/Passover.... to give a few names"


As Spring reaches its height, day and night are in perfect balance, with light increasing. The young Sun God now celebrates his joining with the young Maiden Goddess, who conceives.This is the time of great fertility, growth, and newborn animals!

The next full moon is called Ostara and is sacred to the germanic fertility Goddess Eostre
(where we get the word estrogen from and whose two symbols are the egg and the rabbit.)

These symbols for Easter are still used to this day - although a bit more commercially. Christians funnily enough decided to keep their "Easter" in accordance to the pagan traditions and it is still celebrated on the first Sunday after the first full moon following the vernal equinox.


The legend of the Easter Bunny

Long ago, according to legend, many animals attempted to win the favor of the goddess Eostre, but because  she was so difficult to impress, all of them failed.


However, one day on March 21, a rabbit decided to try to impress her by taking an egg from a local hen's nest and decorating it beautifully with paint.
Much to the suprise of the other animals, Eostre was very moved by the beautiful gift, and as a result, she gave this rabbit the task of creating and delivering these beautiful eggs, which he carries in a basket, and still does to this day! 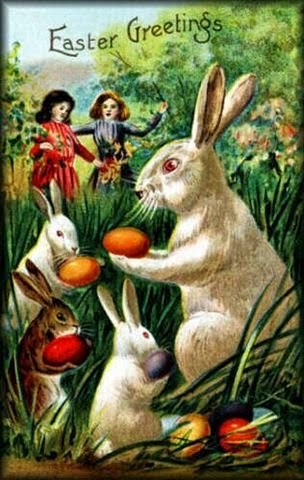 Another legend says that Eostre found a wounded bird on the ground and to save it's life, she transformed it into a rabbit. The bird appeared to look like a rabbit, except that it could still lay eggs. And so every spring it would decorate it's eggs and give them as an offering for Eostre as thanks. 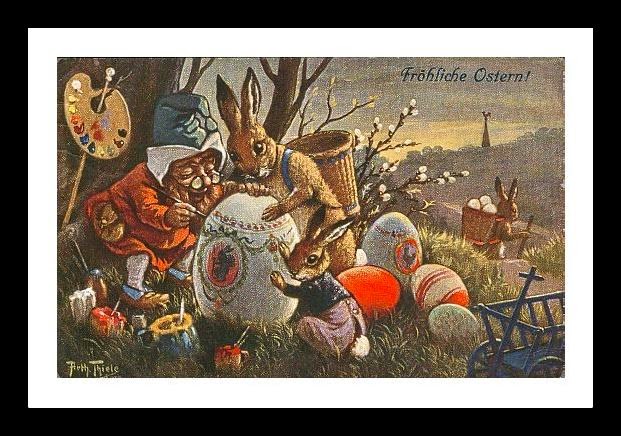 I celebrate Ostara or "Påske" as we call it in Denmark by hanging coloured eggs from branches and filling the house and gardens with spring flowers!

We have a great tradition in Denmark of sending "guessing-letters". This is a small Ostara-greeting - a paper with cut out shapes and sent anonymous with a little rhym... (roughly translated)

"Guess, guess, guess, my name has been lost. Here it stands with dots, watch out it doesn't jump!"

And the sender signs his name with a number of dots equivalent to his name...
If the receiver can guess the sender, he is owed a chocolate easter egg, and if not, it is the sender who is owed the chocolate egg.
It's very popular for kids to send these letters to their close families and friends and earn treats this way!

My dear niece and I made some last weekend... and she has already earned her first treat! 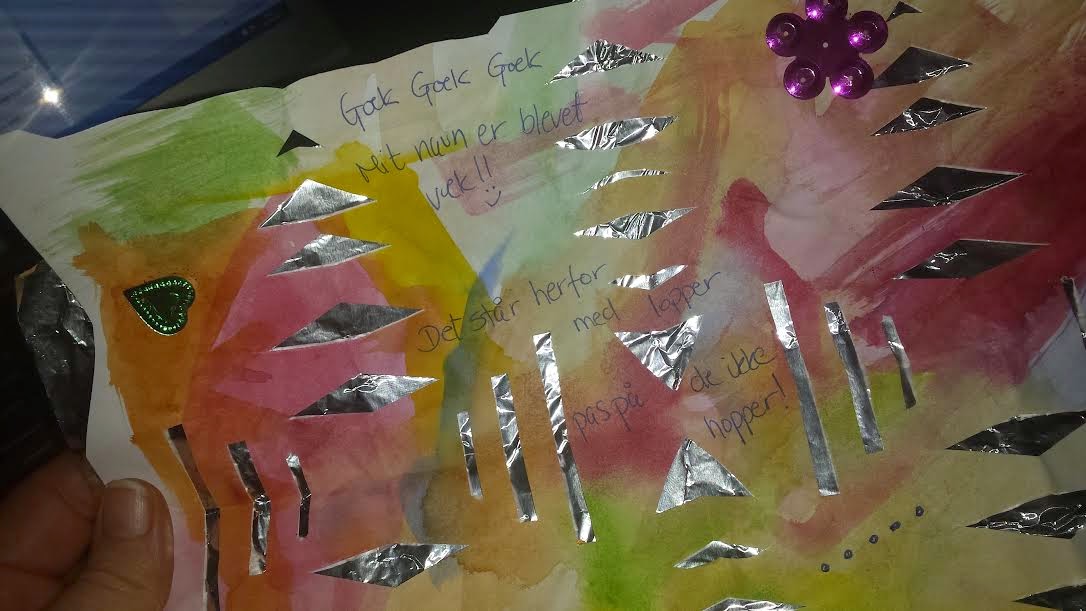 You can put pressed flowers and decorate the letter as you wish - but most of all you must try to make it as hard for the receiver to guess as possible....

What are your Ostara traditions?

I have saved some of my Ostara inspiration on Pinterest - Go have a look!!

My first buy from Ebay

Ok, so I'm not really one to buy things online
(except dogfood.... just because delivery is so much easier then having to carry home 2 x 14 kg bags of dogfood...!)
- but I've just bought my first item from Ebay!

...and I can´t belive how cheap it was! and the delivery was sooooo fast! 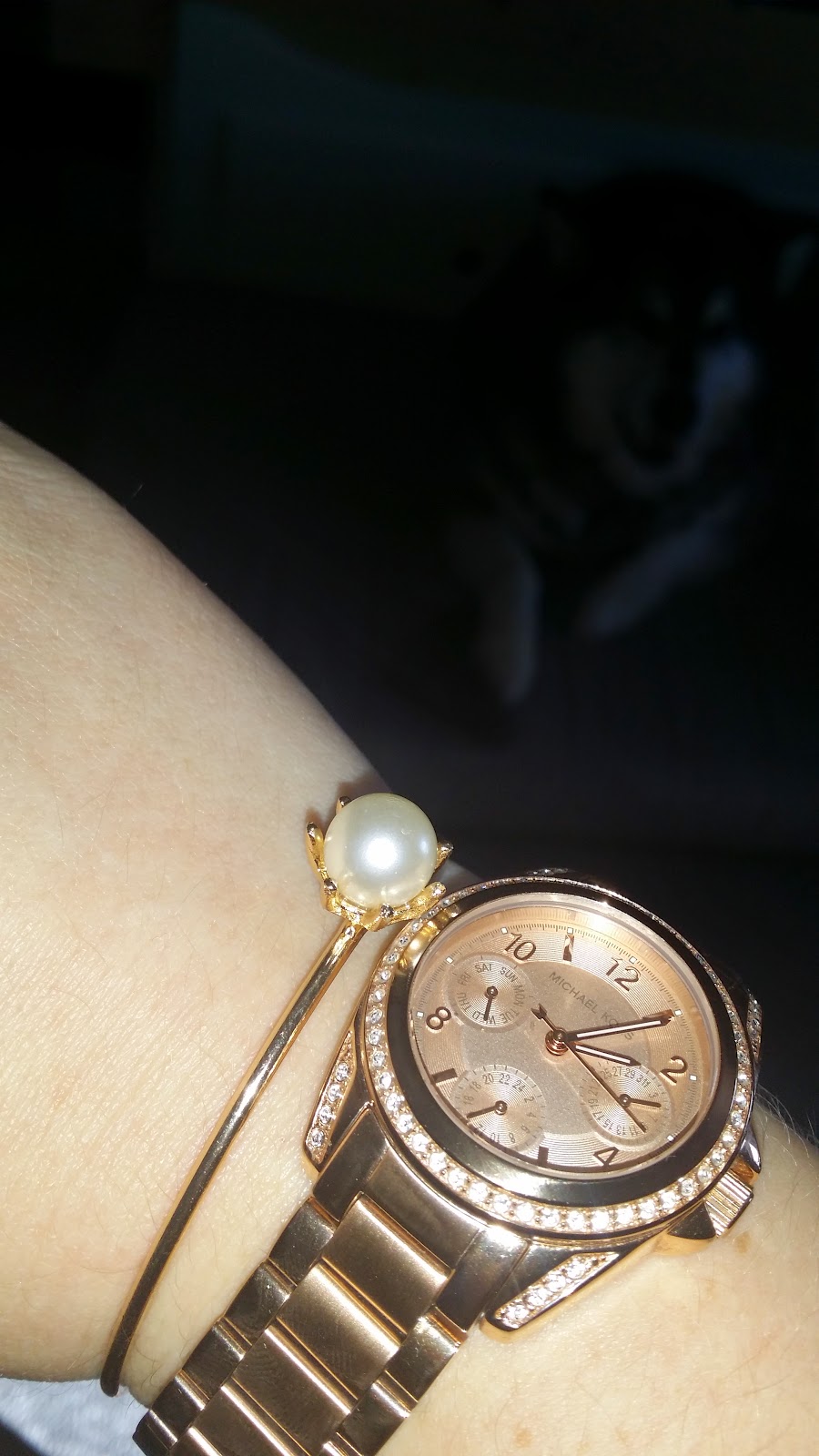 But it's quite addictive that Ebay.... hmmm what to buy next....??!
What are some of your best online buys??

Hiya all and welcome to my blog!
I'm Pennie, busy wife and devoted pagan, who loves to craft, bake and inspire creativity!
Stay a while & Blessed be! 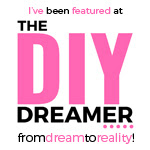 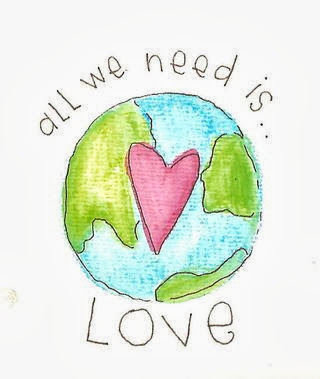 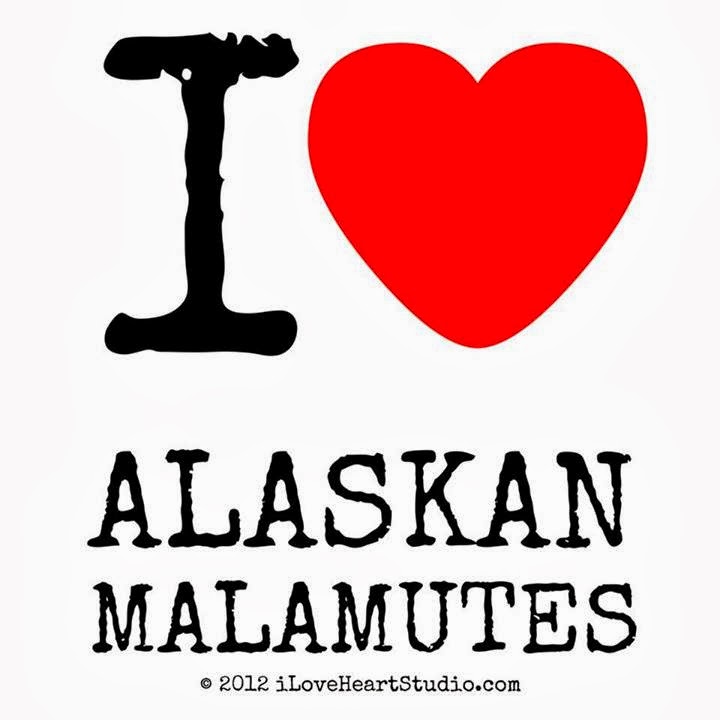 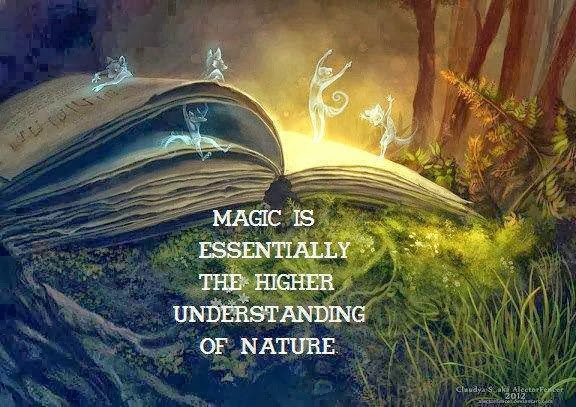